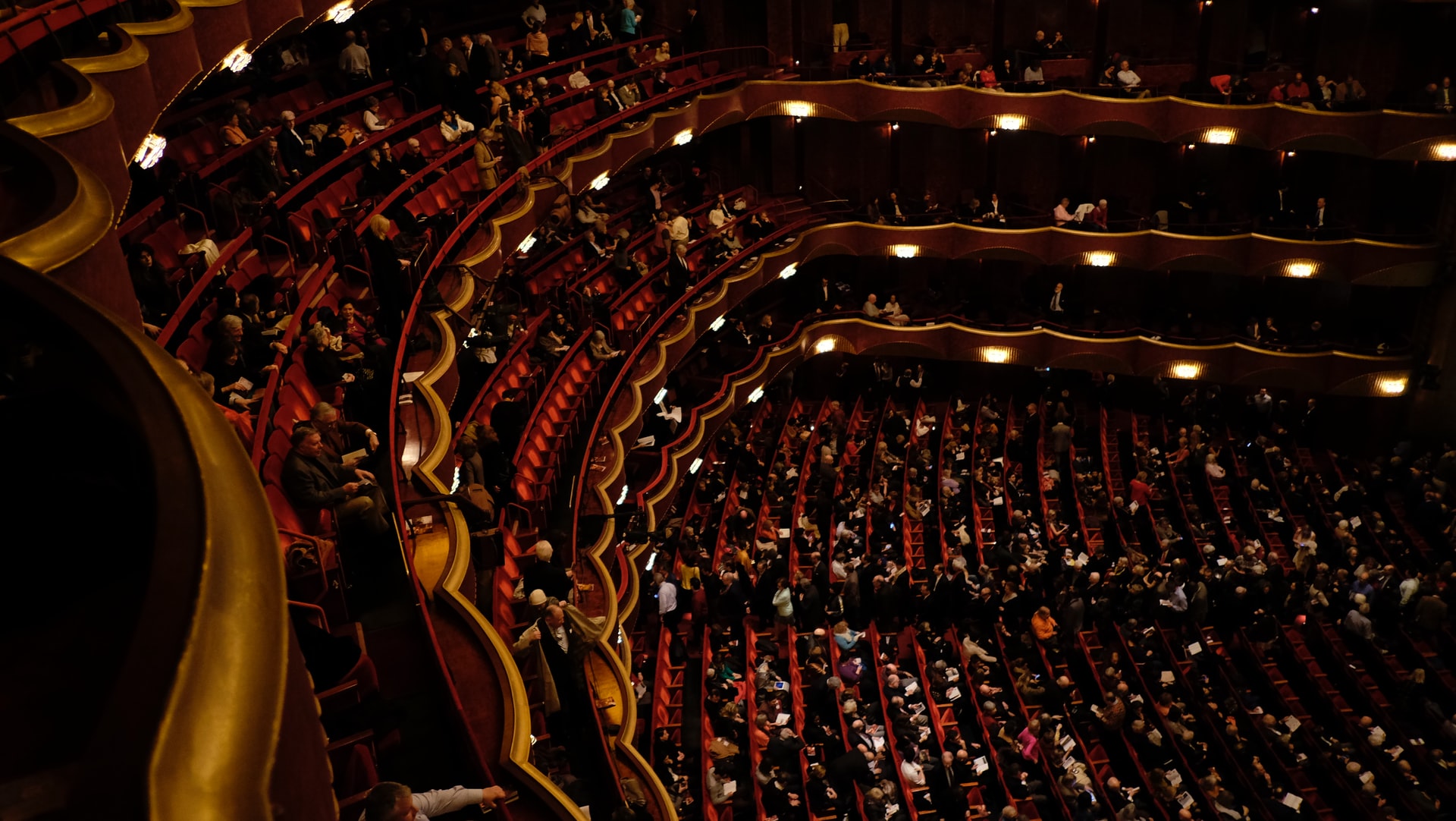 Curtain Up: Life Lessons from a Broadway Legend
ShareTweet

Shakespeare wrote that all the world’s a stage, and we think he was spot on. We spend much of our lives presenting ourselves to others—communicating, trying to convince people to buy into our ideas, and connecting with others.

It doesn’t matter whether you’re an executive, a business owner, or an employee, or you’re trying to navigate the day’s challenges and opportunities—you are constantly “putting yourself out there” in some way, large or small.

That means there’s a lot we can learn about living our best life from someone like top Broadway actor Sandra Joseph. Joseph is the longest-running leading lady of the smash hit The Phantom of the Opera. Her more than 1,500 appearances as Christine not only helped launch her to stardom but also taught her key lessons that fuel her continued success today. Since stepping down from Phantom in 2006, Joseph has kick-started her entrepreneurial engine as a virtual performer for client events, a keynote speaker for conferences and the bestselling author of Unmasking What Matters: 10 Life Lessons from 10 Years on Broadway.

Joseph recently shared some of her best Broadway-honed advice for getting more from life while actually enjoying the journey.

Lesson #1: Say yes to your solo

Joseph’s journey from a self-described introvert who hid behind her mom as a kid to a Broadway star required her to confront big fears at nearly every turn. Before her first-ever performance—a small solo in her school’s Christmas concert when she was just a kid—Joseph, overcome with fear, backed out at the last second and was replaced by a classmate. Big mistake: Instead of feeling comforted by staying hidden and silent, she felt regret that she passed up an opportunity.

And as an emerging actor in New York, Joseph had to confront the fear of failure on a daily basis. After all, Broadway is a cutthroat business. Hundreds of actors may try out for a single part in a highly competitive process. But Joseph was passionate about acting and theater; she made the decision that the failure she encountered was just another step on the road to success.

The takeaway: Everyone encounters those moments of fear and potential failure. But standing up to the fear of failure is critical. Indeed, it’s virtually a prerequisite for highly successful people, who often fail repeatedly on their path to excellence. Joseph’s advice: Start by redefining success as simply showing up and by knowing that the only way you will fail is to not make the attempt at all. Simply showing up gives you an internal reward that outweighs the costs of not doing well.

The lesson it took Joseph the longest to learn was that it’s best to simply be yourself. After months of performing in the chorus of the touring production of Phantom, Joseph had an opportunity to try out for the role of Christine. She planned out a routine that she felt sure would wow the directors. But just a few minutes into the audition, Joseph knew her approach wasn’t what they were looking for—she came across as desperate and phony.

Fortunately for Joseph, she got another shot—and resolved to be authentic and to sing as honestly as she could.

That audition was the turning point; Joseph won the part and spent the next 10 years as Christine. The experience offers a crucial lesson that Joseph has been teaching to businesspeople and entrepreneurs through her speaking engagements: By being authentic, you bring more of who you truly are to all your dealings with others. As a result, the honesty and sincerity you can bring to the table serve as critical ways to differentiate yourself from the competition.

This is a lesson we can all learn: We can’t control other people, but we can control ourselves by making sure we are authentic and present. People make many of their decisions based on emotion—even if they say they are all about the numbers—and presenting yourself authentically can create an emotional magnet that draws people to you, your ideas and your recommendations.

When Joseph saw Glenn Close’s final Broadway performance in Sunset Boulevard, she witnessed the Hollywood star’s curtain speech at the end of the show. Close thanked everyone involved in the production—including the electricians and the box office staff. Months later, on the day of Joseph’s Broadway debut, she briefly met Close—who sent flowers to Joseph’s dressing room that night. She was struck by the famous actor’s willingness to show gratitude and take an interest in other people, with no hidden agenda for doing so (after all, Joseph wasn’t well known at all at the time), and resolved to emulate her.

This idea of other-centeredness—showing kindness to those around us—is one that can generate impressive results. In one study done at the University of California, Riverside, people who performed five acts of kindness every week for six straight weeks reported being happier than their peers. Another UC Riverside study found that people who were prompted to act kindly to others had more positive (and less negative) emotions, but people who were told to focus on themselves didn’t experience similar benefits.

The upshot: We need to take care of ourselves and think about our own goals in life and business, of course. But it may be that we’ll actually accomplish more—and enjoy the journey better—if we spend more of our time seeking to treat others well and not just make decisions based on our own self-interests. We can bring careful attention to the interactions we have with other people—not just the most important people around us but as many people as we reasonably can, whether we know them or not.

Joseph had been playing Christine for two years when a new actor, Ron Bohmer, took over in the part of the phantom. Their early rehearsals were going fine but were not amazing, so Bohmer improvised and moved around the stage in new, unscripted ways—prompting Joseph to react and follow suit. In Joseph’s words, “the scene came alive.” The famed director, the late Harold Prince, adjusted the scene based on that intuitive interaction.

In their training, actors are often encouraged to be open to all possibilities, act instinctively and “follow their gut.” In life, the rest of us are generally told to follow the script and focus on the facts—not our feelings—in a situation. That can be especially true in business, where improvising may be viewed with deep suspicion.

But here’s the thing: Our intuition may be more powerful and on target than we realize. One study by business psychology firm Star Consultancy shows that professionals who follow their gut feelings will be right approximately 70 percent of the time—and that overthinking could actually make a business opportunity worse. Perhaps Steve Jobs said it best: “Don’t let the noise of others’ opinions drown out your own inner voice.” When you consider that some of Apple’s biggest successes—such as the iPad—were largely driven by Jobs’ intuition, he has a point!

Lesson #5: Value your role and its ripple effects

Eight years into playing Christine six nights per week, Joseph was burned out and anxious about her ability to keep up Broadway-worthy performances. As she considered quitting, a friend presented her with newspaper clippings featuring comments from people all over the world about how much seeing Phantom on Broadway had meant to their lives and the lives of their loved ones. That shift in perspective helped Joseph see that she played a big role in some people’s lives that she never even considered. Her sense of purpose was renewed—and she found a new joy in her work.

In our daily lives—especially if they’re not spent performing in front of hundreds of people and earning fame—it’s easy to forget that the things we do can and do make a difference in others’ lives. In fact, even Joseph doubted the value she brought to the world given the enormous global issues that need to be solved.

However, we all have the ability to touch others every day—in very small ways that can actually make a difference. How we “show up” each day and the quality of our attention have an impact—even if we don’t see it. Being friendly to the grocery store clerk who, unbeknownst to you, has been berated all day long can fundamentally change that person’s trajectory.

What’s more, all our moments of kindness, attention, and careful work can ripple out like waves from a stone thrown in a lake. The work you do as, say, an architect designing a public garden may result in a young couple having a place to propose marriage or give a person who has suffered a loss a place to go and heal.
We won’t know all the ways we impact people and the world at large. But the key is to recognize that we do impact them—and to remember that what we do and how we do it matter! 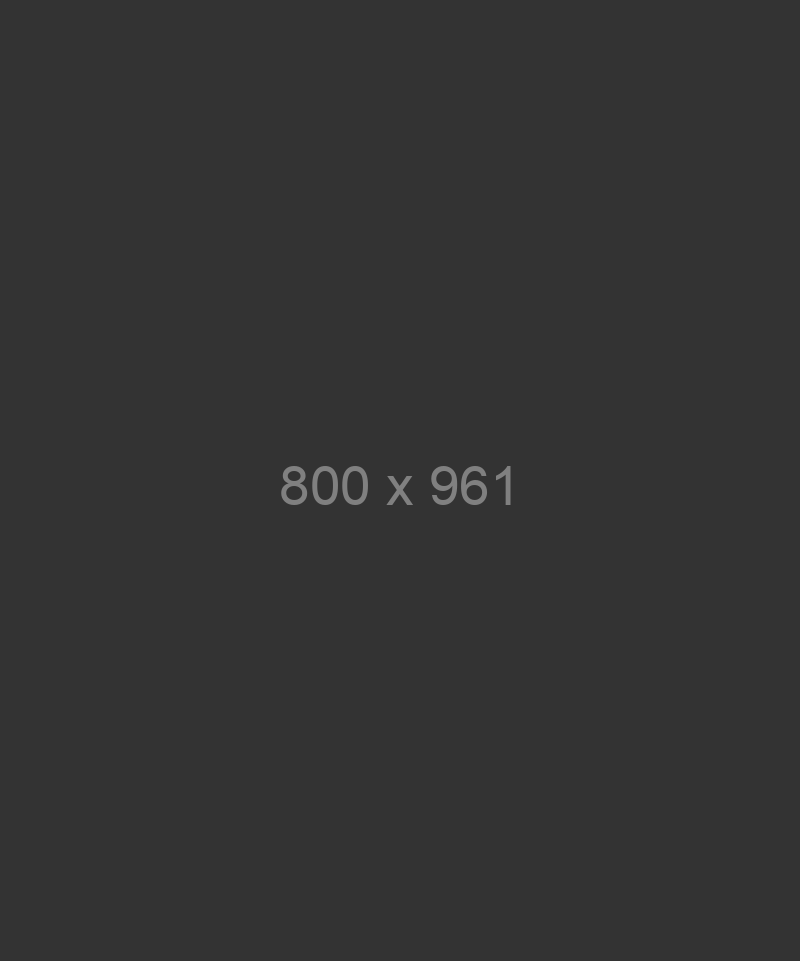